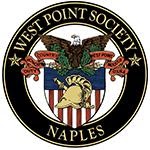 The national commemoration for the 50th anniversary of the Vietnam War was authorized by Congress in 2008, established under the Secretary of Defense, and launched by the President in 2012.

The purpose of this commemoration to thank and honor veterans of the Vietnam War and recognize their contributions, service, and sacrifices for our nation. They fought bravely to protect the ideals held by the American people. Eligible veterans are those who served on active duty in the U.S. Armed Forces at any time between November 1, 1955 to and May 15, 1975.

The West Point Society of Naples (WPSN) became a Commemorative Partner to assist in thanking our Vietnam War period veterans on behalf of our nation. During our regular scheduled events, we will recognize our Vietnam veterans with a lapel pin as a lasting memento of our nation’s thanks to them.

So far, WPSN has conducted 13 ceremonies honoring a total of 169 Vietnam Veterans.

As one recipient noted (COL (Ret) Ron Rezek ’64) – “This was a special day for me with many ‘thanks’ and much appreciation to you all for the inspiration and the execution … touching and memorable!” To Ron and his fellow Vietnam veterans – WE THANK YOU!

For more information on the Vietnam War Commemoration, visit www.vietnamwar50th.com