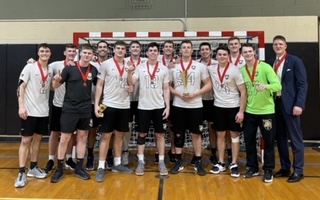 West Point’s Competitive Club Handball team traveled to Naples, FL to compete in the Florida Cup tournament from February 11th thru February 13th and won the Florida Cup tournament! The West Point Parent’s Club (WPPC) of Southwest Florida and West Point Society of Naples’ members came out to support the team during live action play on Friday and Saturday. Before returning back to West Point on Sunday, the team enjoyed some time off in the Florida sun at an afternoon cookout hosted by the President of the WPPC of Southwest Florida.